It’s easy to find a rom-com for teens. Ladies in your 20’s, you have your pick of television shows, Hallmark movies and music written about you. Once you hit that 30+ age, its rare to feel represented as a thriving, sexy women. To find a film about an intelligent, tasteful woman who experiences an unexpected and sophisticated sojourn with an exotic man, priceless.

Eleanor Coppola is best known for her exceptional documentary, Hearts of Darkness which is about the filming of her husband’s famous film, Apocalypse Now. Twenty five years later she has come back to cinema with her first fictional story, Paris Can Wait, and this film is worth the wait for the niche audience that it is made to speak to.

In the film Anne (Diane Lane), is serving as the traveling companion for her busy film executive husband Michael (Alec Baldwin). He is called away to scout a location and she is burdened with an ear infection. Their mutual friend Jacques (Arnaud Viard) offers to drive Anne to Paris so that she won’t have to travel by plane, which would exacerbate her discomfort. A drive that should be a handful of hours becomes a three day festival of food, wine, scenery, art and conversation.

Reminiscent of films from a bygone era, there is witty banter, sensually, luxurious foods and unavoidable close physical contact that oozes with sexual tension. It is obvious that Jacques is enamored with Anne and although she has no intention to cheat on her husband, she thrives on the conversation and indulges in the experiences. As he says things to her like, “we eat what we enjoy and we follow our passions,” and “guilt is bad for your digestion,” we too fall under his charm. 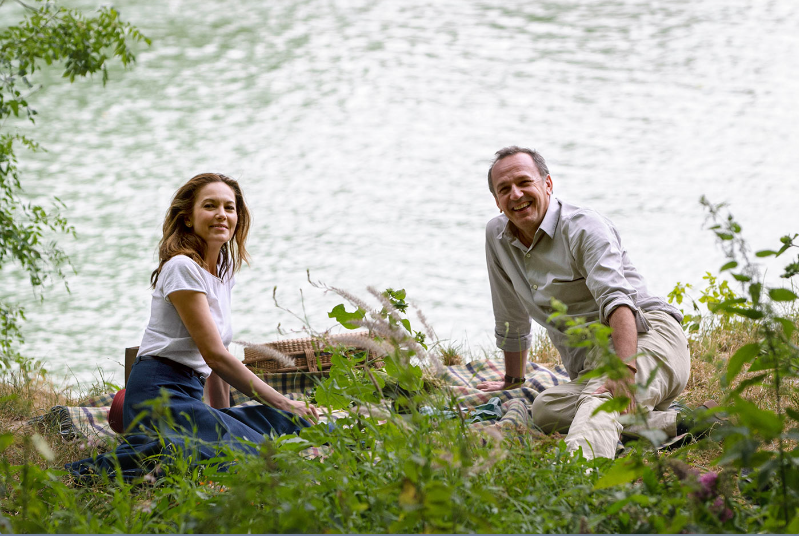 Eleanor gives some nods to her family in the film. At one point Anne and Jacques go to an old film museum call Institute Luminaire and they see an original Zoetrope. Eleanor’s husband, Francis Ford named his film studio Zoetrope. Several songs in the film are by the French Pop band Phoenix. The lead singer of the band is married to Eleanor’s daughter Sofia.

Paris Can Wait isn’t for the masses. It won’t hit box office gold and it won’t appeal to many traditional film goers, but I suspect that it will find it’s following of fans who want a smart escape into a beautiful “what if” scenario which will remind them that you are never too old for romance.