What would you ask these three revered and talented writers? I’ll be moderating this panel on Saturday April 1st. Why don’t you think of a good question and come out and ask it?

Kayla Cagan will be discussing her debut novel, Piper Perish. 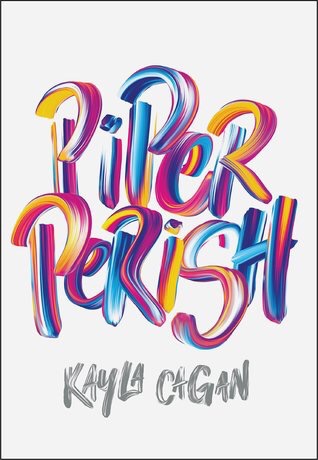 Warhol-obsessed Piper will have readers asking big questions along with her. What is love? What is friendship? What is family? What should I wear?Piper Perish inhales air and exhales art. The sooner she and her best friends can get out of Houston and get to New York City, the better. Art school has been Piper’s dream forever, and now that senior year is halfway over, she’s never felt more ready.

Nina LaCour has written four young adult novels, has co-authored one book with David Levithan and has a story in the collection Summer Days and Summer Nights. Her latest book, We are Okay is receiving rave reviews.

Marin hasn’t spoken to anyone from her old life since the day she left everything behind. No one knows the truth about those final weeks. Not even her best friend Mabel. But even thousands of miles away from the California coast, at college in New York, Marin still feels the pull of the life and tragedy she’s tried to outrun. Now, months later, alone in an emptied dorm for winter break, Marin waits.

Benjamin Alire Sáenz has written many books, but with the release of Aristotle and Dante Discover the Secrets of the Universe he won the Printz honor, the Stonewall Award, the Pura Bepre Award and the Lambda Literary Award. The Inexplicable Logic of My Life is his latest release. 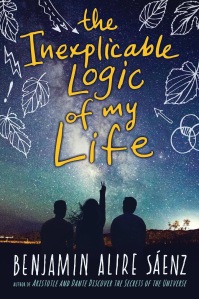 Sal used to know his place with his adoptive gay father, their loving Mexican American family, and his best friend, Samantha. But it’s senior year, and suddenly Sal is throwing punches, questioning everything, and realizing he no longer knows himself. If Sal’s not who he thought he was, who is he?

This humor-infused, warmly humane look at universal questions of belonging is a triumph.