Jason Reynolds’s powerhouse novel Long Way Down came out in October 2017. It’s about a fifteen-year-old boy named Will whose brother is shot and killed. He feels responsible to seek vengeance on the killer. He takes the elevator down eight floors and at each stop someone enters the elevator and tells the story of how they were killed. Will is faced with these swirls of stories and begins to question his choice to kill his brother’s murderer. Besides the bombastic issues the book is written in verse. It is electric and honest and impossible to put down. It was honored with a Newbery Honor, a Printz Honor, a Coretta Scott King Honor and was on the best seller list and multiple Best of the Year Lists. 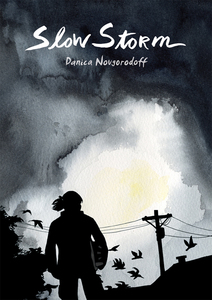 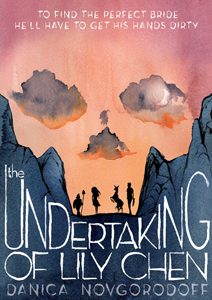 Yesterday it was announced that Long Way Down will now be turned into a graphic novel. Jason will be adapting his text and it will be illustrated by Danica Novgorodoff. Release date is scheduled for fall 2019. Ms. Novgordoff was the author and illustrator of The Undertaking of Lily Chen, and Slow Storm. This adaptation will allow new readers to contemplate this challenging story and open the discussions of violence, vengeance and the dangerous reality that exists for many teens everyday.