The Ripple Kingdom is the second book in a series of graphic novels about the reluctant hero Cucumber and his fumbled attempts to rescue his father. He is aided by the frenetic, forgetful and charming Princess Nautilus and a bevy of other strange and original characters.

The Ripple Kingdom consists of six different areas, each with their own climates, challenges and monsters. There’s a handy map at the back of the book so readers can envision the layout of the land as their heroes travel from area to area.

There are a variety of villains, but Splashmaster is featured prominently in this title. He is a massive gelatinous looking one-eyed yellow blob octopus who wears a child’s play crown on his head through a large part of the story and steals the show when he is featured on a page.

Begun as a webcomic, author Gigi D.G. launched a Kickstarter campaign to publish the first book in 2012. In 2017 the book was published by First Second Books with plans for future books in the series. 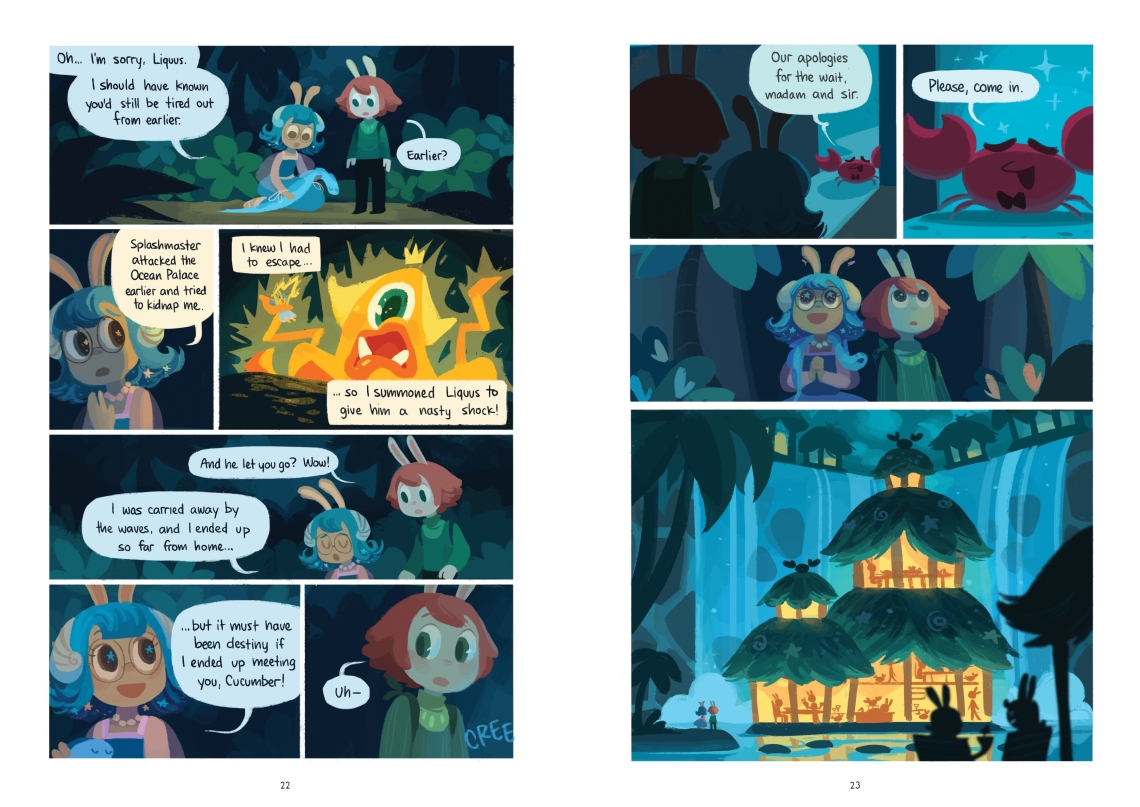 The illustration style has an anime feel with bulging eyes and exaggerated expressions. The candy colored world may at surface glance appeal more to younger readers, but the humor, video game vibe and fantastical qualities will surely appeal to readers of every age.