Kay Graham (Meryl Streep) isn’t a household name, but she is exactly the heroine that we need right now. The Post was her father’s paper and then was handed over to her after her husband’s suicide in 1963. Many men in the industry, even in her own company didn’t feel that she Kay was experienced enough or deserving of running the paper. They would say so to her face. With a smart script, a powerhouse cast and all the spunk and style one expects from Spielberg he thrusts viewers into the heart of the story.

The New York Times breaks a major story indicting four U.S. Presidents of a massive intelligence cover-up, spanning over three decades that got us into and kept us involved in the Vietnam war. The New York Times is slapped with a lawsuit and told that they are not allowed to print any more stories from their sources and if they do, the crime will be punishable by arrest. 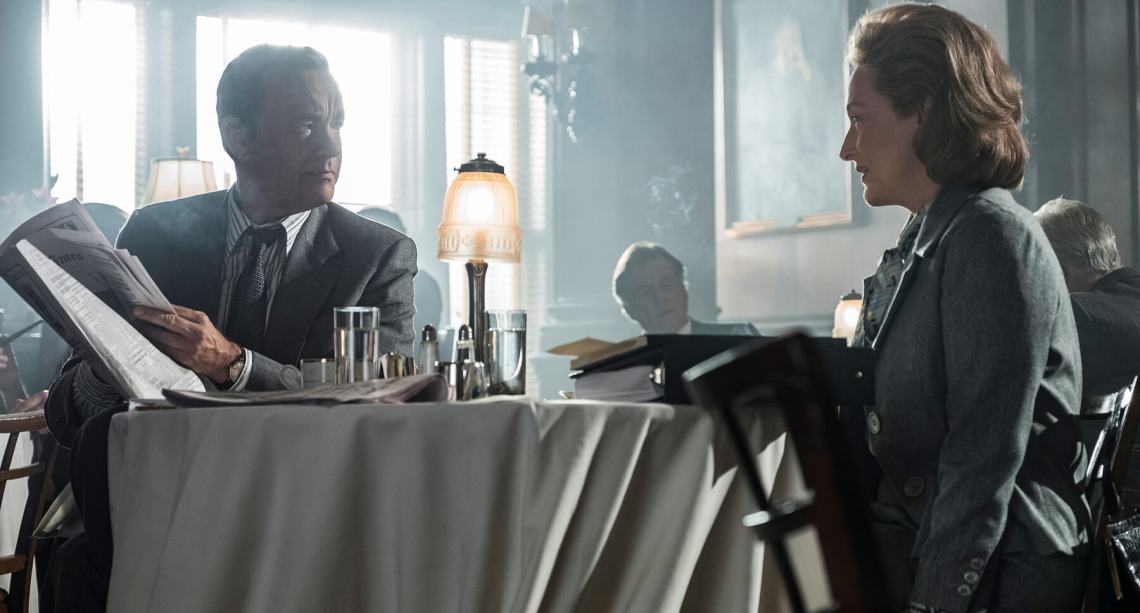 The Washington Post’s Ben Bradlee (Tom Hanks) discovers the same information and he and Graham must decide at what cost should news be reported? Is it worth a criminal record? Is it worth risking the family newspaper? Is it worth ruining a lifelong friendship?

There is no real tension to the film and we all know how the story goes, but Spielberg deftly captures the frenetic speed of life as a journalist during its golden age. The printing press is thrumming underground, the huge workforce that it took to gather, prepare, print and then disseminate the news is awe-inspiring to see and one can’t help but feel a loss for the power and importance of news in the bygone era.

Meryl Streep is at once heartbreaking and inspiring as Kay Graham. There are scenes with her nervously entering formal boardrooms, the lone woman in a sea of powerful male faces. Tom Hanks performance is big in every way and came off more cheesy than special. Other stand out performances by Tracy Letts as Graham’s main confidant Fritz, Michael Stuhlbarg as Abe Rosenthal, one of Graham’s ardent opposers and Bob Odenkirk as a fumbling but talented journalists.