Bats: Learning to Fly is the latest triumph in the fabulous science graphic novel series, Science Comics. Each title introduces young readers to a different topic which is well researched, vetted and approved by a scientific expert. 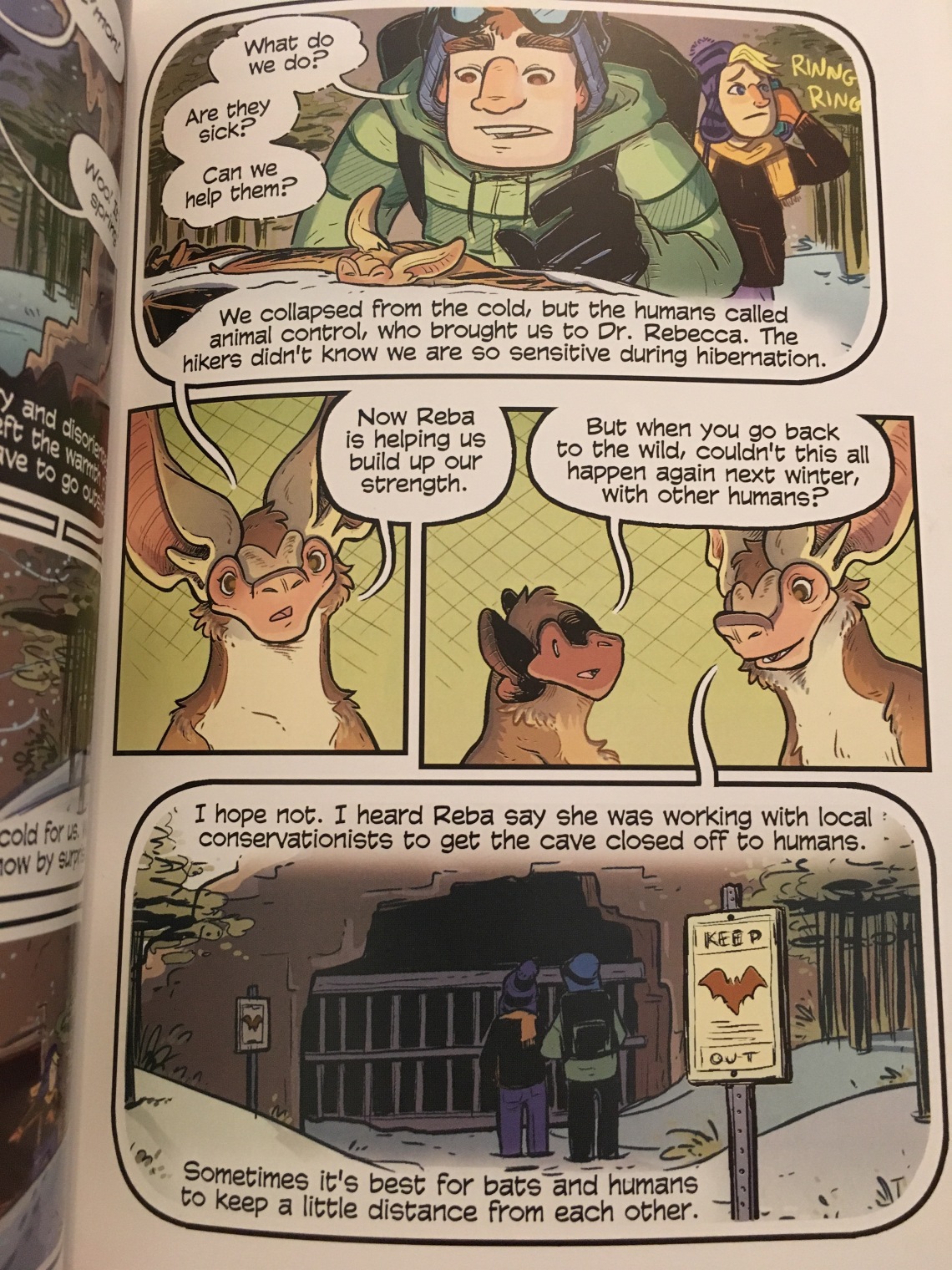 Little Brown Bat is lost. He encounters a group of humans at a State Park who are on a hike to learn about nocturnal creatures. Because author Falynn Koch uses the comic book format to tell her story, it allows her to flawlessly shift perspective from the bat, to the humans, and to other creatures and characters throughout the story. Little Brown Bat is swatted at by an unexpecting human who is frightened by him. He falls and breaks a wing. When he’s brought to a veterinarian he encounters other breeds of bats. As they get to know each other, they share stories of their similarities and differences, and through their tales we learn more about methods of conservation, and ways that humans can work harder to live in harmony with bats.

Kids can read about the weird world of bat faces, learn how bats help to regrow forests, and will be introduced to  Austin’s infamous Bat Bridge. Many other facts and tidbits of information come up in the frames sprung from the organic conversation of the creatures. This makes the text feel less like work and more like fun.

The illustrations are crisp and bright and printed in full-color on slick pages in a book that is the ideal size for kid’s hands. The last couple of pages of each title include extra facts, a glossary and suggestions for further reading. Other titles in the series are: Coral Reefs: Cities of the Ocean, Dinosaurs: Fossils and Feathers, and Volcanoes: Fire and Life. All are equally informative and entertaining and are sure to pique the interest of even the most jaded reader.