Houston’s food legacy is as diverse as its people. Encompassing everything from the good ol’ American hot dog and a hearty meal of Texas barbecue, to a fresh, juicy steak and a Mexican or Italian feast, these restaurants have stood the test of time and proven their positions as Houston legends. 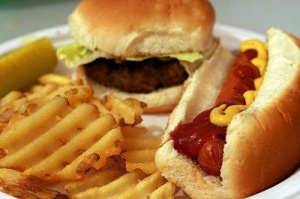 Two brothers brought the taste of Coney Island hot dogs to Houston in 1923. This fast food chain has now grown to include over 20 locations featuring hot dogs, hamburgers, salads and sandwiches honoring the original concept, while also offering modern options.

Herman and Lorene Brenner opened their dream restaurant with $20 – $10 for the land and $10 for the building. Starting as a family diner, the restaurant has grown into an elegant eatery with dark wood décor and some of the area’s best steaks. Brenner’s is also known for its crunchy German potato salad and apple strudel.

Opening as a market and mini grocer, things changed for the Lankfords when they began selling sandwiches in the 1970s. By the 1990s, the demand for their food outweighed the grocery and they became a full restaurant facility, claiming, “We have nothing small, nothing healthy, nothing fast.” Hamburgers are their specialty.

Molina’s is the longest running Tex-Mex restaurant in Houston. Although the menu has undergone changes over the years, the Mexico City Plate has remained unchanged on the menu since the restaurant’s inception. With three locations in the Houston area, Molina’s is a great choice for traditional Tex-Mex offerings.

A brother and sister team began selling meats and cheeses to neighbors. Soon they moved on to sandwiches and ultimately opened a restaurant. With a predominantly Italian menu, Doyle’s claims to be the first location in Houston to consistently feature pizza. Since opening, this comfy-casual restaurant’s most popular dish remains the always classic spaghetti and meatballs.

Opened with an ever-changing menu of personal recipes, over time the menu has solidified and favorites like shrimp and grits, pimento cheese and lemon pie have secure spots on the menu. Described as comfortable and elegant, Ouisie’s offers true Texan cuisine with a bit of grandma’s Louisiana influence drizzled in.

Ninfa Laurenzo opened a small taco stand hoping to save her fledging tortilla factory. Her vision has now become one of the most successful restaurants in Houston. Famous for its house margaritas, tacos al carbon and green sauce, Ninfa’s is a cozy restaurant witha large, heated outdoor eating space that has undergone changes in ownership while keeping the quality of the original menu.

“Fresh food at an honest price, madeto please and made to order,” is Goode Company’s goal. Adorned with cowboy decor, saddles and signs this barbecue isn’t just favorited by Houston locals, but is renowned around the world. Customers can enjoy seafood, chicken, burgers and more smoked with wood from Texas’ own mesquite tree. Goode is known for its generous portions, bread and side dishes.

Originally opened as a small vending stand, Niko Niko’s is now one of the most beloved restaurants in Houston. Serving perfect Greek food, Niko Niko’s has the city’s best gyros and most interesting coffee drink: the baklava frappe. You also won’t want to skip the award-winning skin-on fries! You may find a long line of hungry people out the door, but when your heaping plate of fresh ingredients is served, you’ll understand why.

*article written by me- originally appearing on the My Gay Houston